A Black Woman In The Resale Fashion Field 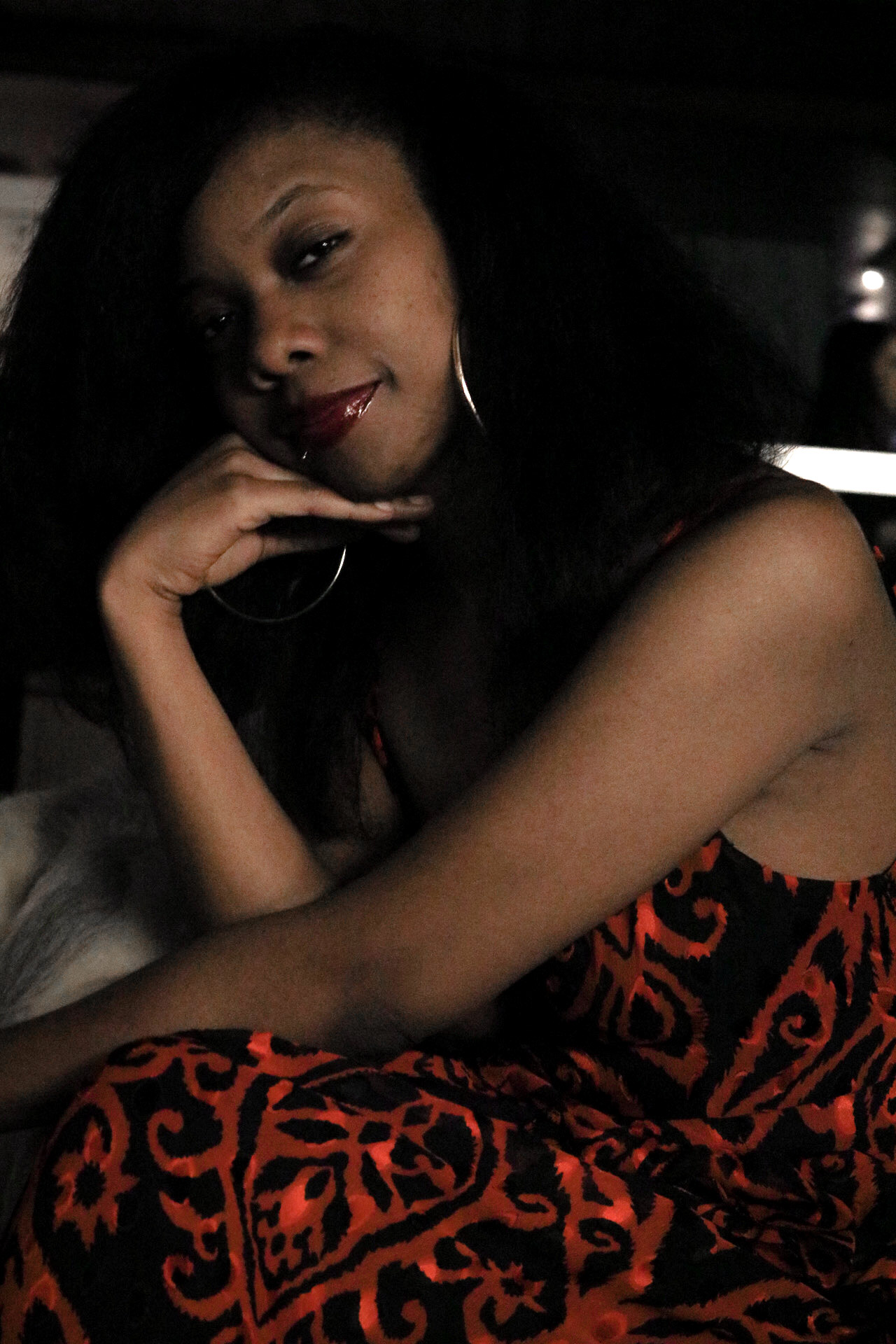 This was the kind of languange; I would hear from people, every time I would express my love for thrifting.

I remember when I went to the nation-wide resale fashion conference in Minnesota, for entrepreneurs, consultants, and business owners in the field. People told me, that I would not see a lot of Black people there.

Although they were absolutely right, I did not see a lot of Black people. The Black people that I did meet, impacted my life tremendously.

I knew that we represented a small portion, of other Black entreprenuers and business owners, that also existed in this world.

I have always been a Black woman, who absolutely loves being Black; but I stray away from being put into this societal box, that society enjoys putting Black people in.

I’ve always heard many things about Black people, that have never applied to me. Such as Black people not knowing how to swim.

I was always so bewildered by that, especially since I’m a natural born swimmer. I taught myself how to swim at the age of 5 years old. 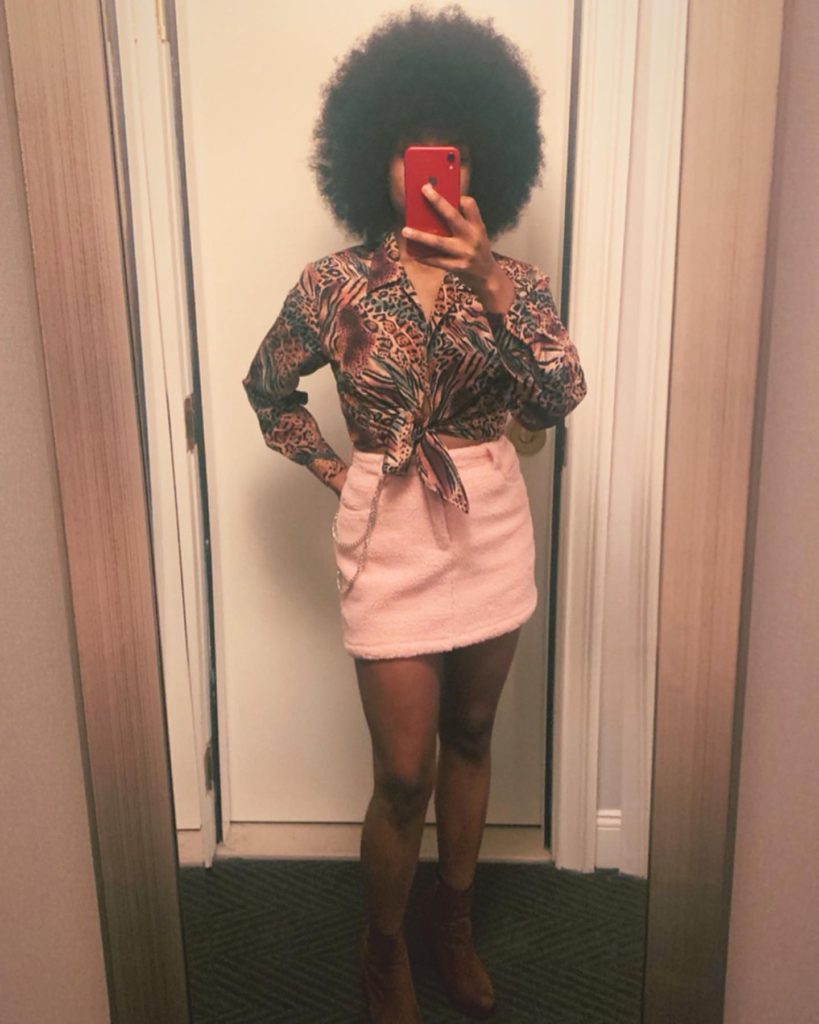 In high school, I was the only Black person on the lacrosse team, and I didn’t mind it, because I really wanted to play the sport.

In my second year, I become the captain of the team, and I was once again breaking free from that societal box.

So here I’m now, as a resale fashion entrepreneur, a field that I was told, a lot of Black people wouldn’t be into. But in my heart, I knew that wasn’t true.

I had friends in college, that enjoyed thrifting, just as much as I did. The people that introduced me to the realm of thrifting, were two Black women! So I knew all these stigmas, weren’t true.

When I went to London in 2017, to learn more about the resale fashion field there; I met a Black woman who worked at a very well known thrift boutique, called Atika.

That was the first thrift boutique I visited in London, and being able to talk to her, and connect with her; was another example, that this is a field that Black people are very into.

In my state of Massachusetts, one of the best vintage stores, “Bobby From Boston”, was started by a Black man. He was very well-known in Boston, London and in Hollywood; and he had several of his gems be featured in Hollywood films.

In that same year, 2017, I also had the opportunity to become a resale fashion buyer, for a very well known buy, sell, trade store in the country.

The reason why I don’t want to state the name of the store, is because I was fired due to racism.

That was the first time I had ever been fired, in my life.

I wanted that position to learn, but I ended up using my leadership skills to help the business grow and thrive, because it was a failing business.

I led my co-workers, and connected immensely with the customers. I was perceived by many as the boss… why? Because my boss was never there.

My initial vision for Key To Fashion, was to open up a brick and mortar store, in the future. So I believed that this position, would help me out a lot.

I was eager to learn and grow, especially from my boss, but since she wasn’t really a boss, I ended up having to lead myself, and my co-workers.

And my boss at the time, did not like that.

This is why I always tell people when they tell me jealously is a natural thing; just because it’s natural, doesn’t mean it’s healthy, or that it’s right.

She turned from being a supporter, to being a hater.

She lied on me, and terminated me, because she couldn’t take a Black woman, who was younger than her. Doing her job better than her; and that’s sadly the reality of the situation.

Everyone that worked with me was so upset, but no one in this world could be more upset, than me.

That year I also took business classes, met with business consultants, was sexually harassed by one of the consultants, had my first business pitch, went to London by myself to learn more about the field, went to Minnesota for the conference, I reached out and met with several business owners in the field in Boston, I became a resale fashion buyer, and got fired.

I say all of this because, this is my journey as a Black woman in resale fashion.

The situation with me getting fired was so intense, that it went all the way to the EEOC.

Luckily that was my experience job, since my main profession at the time, was in the youth development field.

In hindsight, I needed that situation to happen, because that was the catalyst for me to start Key To Fashion immediately. 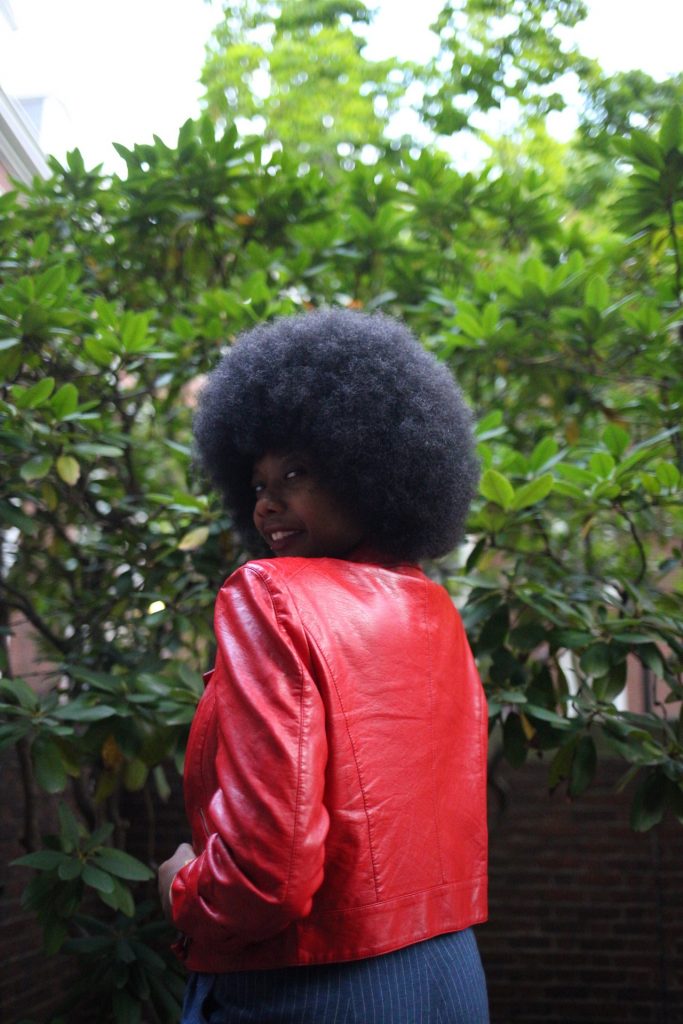 At the time, I knew the Black community in the thrift field was small, but I knew it had the potential to be huge, because I would get these random visions.

I would get these visions at times, of Black resale fashion entrepreneurs and business owners; thriving, connecting, and being so successful in the field.

I would get visions of Black resale bloggers and thrifters, educating others on the field.

Tons of visions would rush through my mind!

I knew these visions weren’t coming to my mind for no reason. I knew eventually I would start to see more of these visions come to life.

The community platform, Blacks Who Thrift that I created in October of 2019, was a way for me to bring my vision to life; and for me to combat the notion that Black people aren’t into thrifting.

I must admit, it has been a beautiful journey to witness that community, celebrate each-other.

The thing is, I’m only the vision behind that platform, but the community members are the ones that really bring that page to life.

The community members are the ones that are going to take that platform, to the next level.

I have visions for the platform, that involve the community members. Which is why every time someone says,

“I love your page”

”This is not my page. This is our page.”

I know it confuses many people, but I think once I roll out my next visions, people will understand why I kept stating that.

The Black community, can be known for being a community, that has crab in the barrel syndrome.

But as someone that loves this community so deeply, I know that this is a narrative that can be positively revolutionized.

I think it’s so important for Black people, to celebrate each other in the resale fashion community.

It’s so important for us to realize that each and everyone of us, possess our own creative ideas, gifts and talents, that we can implement into this realm of fashion.

It feels amazing to see more people that look like me, possess a deep passion for thrifting!

On those days where I may not be feeling my best, this is a fact that motivates me, to get up and keep going. 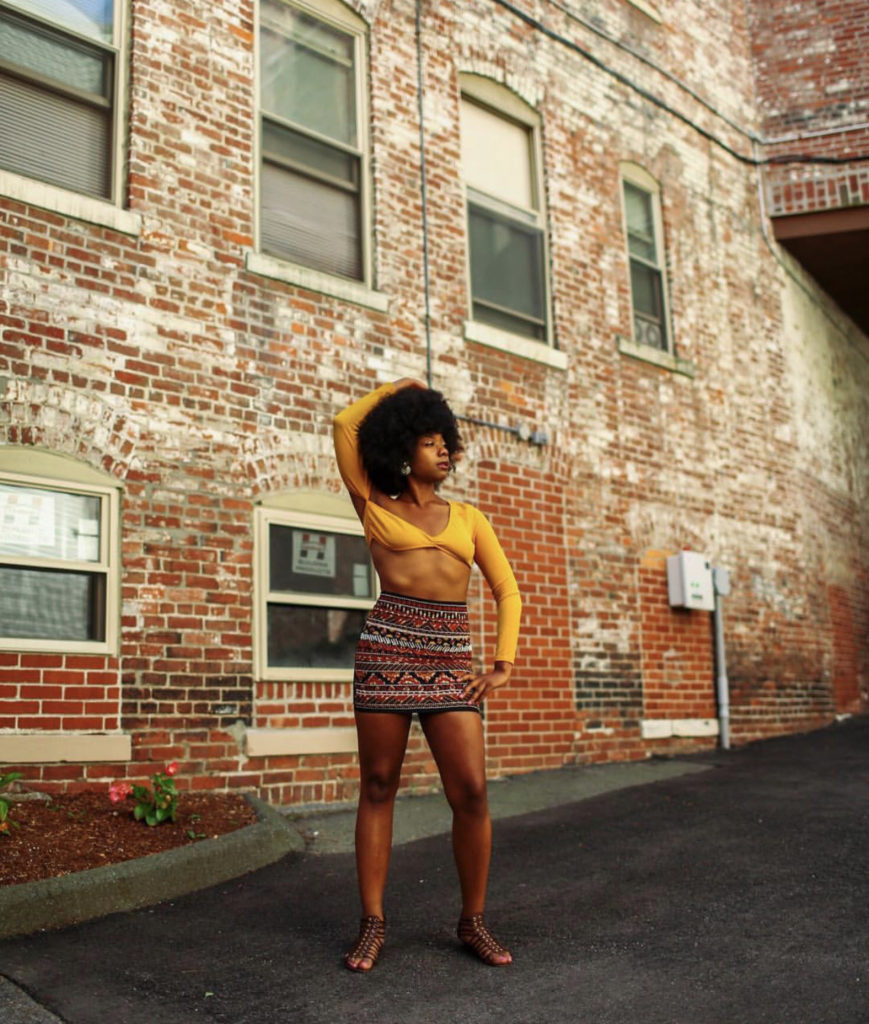 Key To Fashion is a very diverse community filled with amazing Fashion Icons, because I personally believe in finding ways to bring humanity together.

I’m a fashionista, but I’m really a humanitarian at heart.

But it’s also so important for the Fashion Icons that are reading this, to understand that I’m a Black woman in the fashion field; and that my experiences are different.

Fashion is a field that isn’t the most inclusive, when it comes to celebrating other races, especially mines.

But I never really cared, because fashion doesn’t have to accept me, when I know that the path I’m walking on, is by design.

As a visionary, I have big dreams for Key To Fashion. I’m so grateful to be doing what I’m doing, but in all honesty, this is simply the beginning.

Being a Black woman in resale fashion is an exciting journey. My fashion journey started at the age of 15 years old, in my freshman year of High School.

After dancing, singing, and acting; fashion became another form of art, that allowed me to express myself.

I’ve inspired so many of my peers and friends, to find their own personal styles and to embrace who they are; but subconsciously I always had a hard time finding my true passion in the field.

It took for me to be a broke college student, to find where my true passion in the fashion field was!

Never in a million years, would I ever imagine, that I would be in the resale fashion field; but I wouldn’t change it for the world!

No matter what race, ethnicity, or gender you are. Society doesn’t know you, nor is society an intimate place.

The most important thing in life, is to be yourself, and to always stay true to being you!✨

Thanks for reading Fashion Icons!

The creator of Key To Fashion 💜✨ 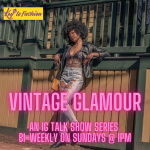 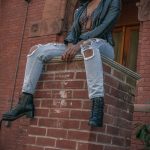 Join The Key To Fashion Team! 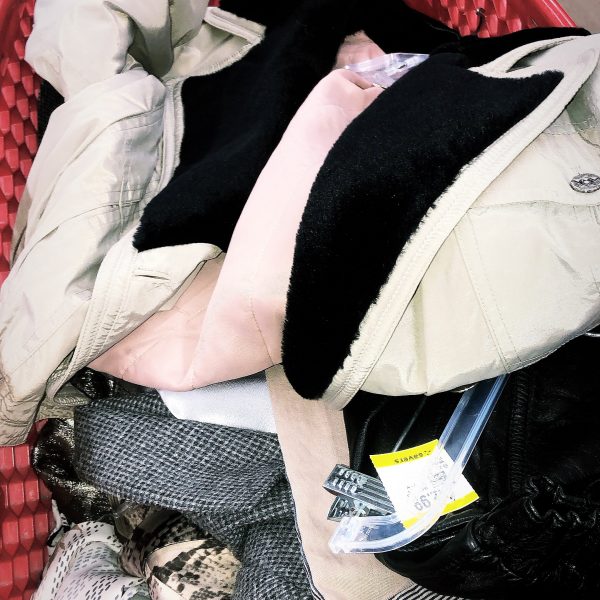 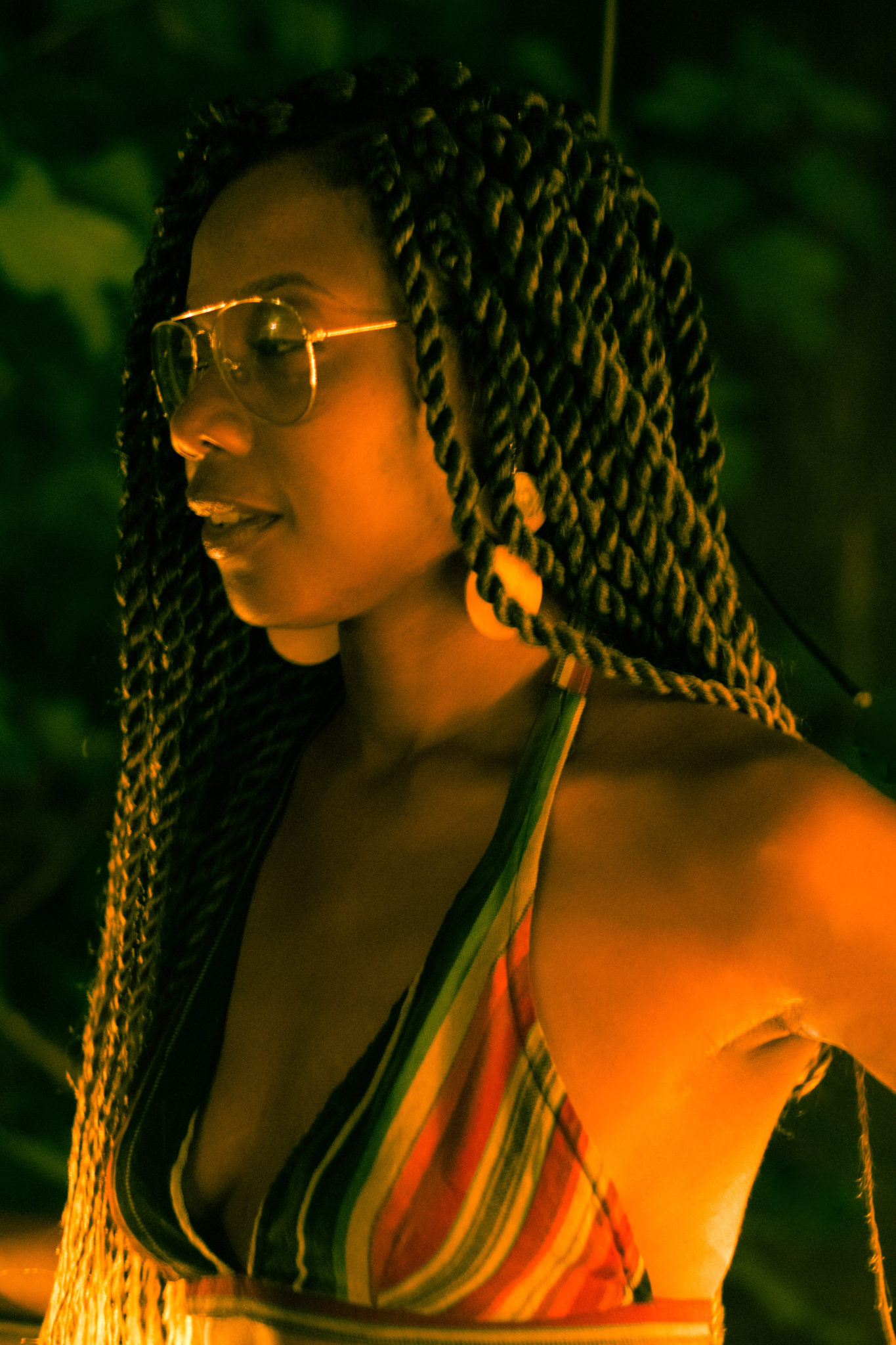 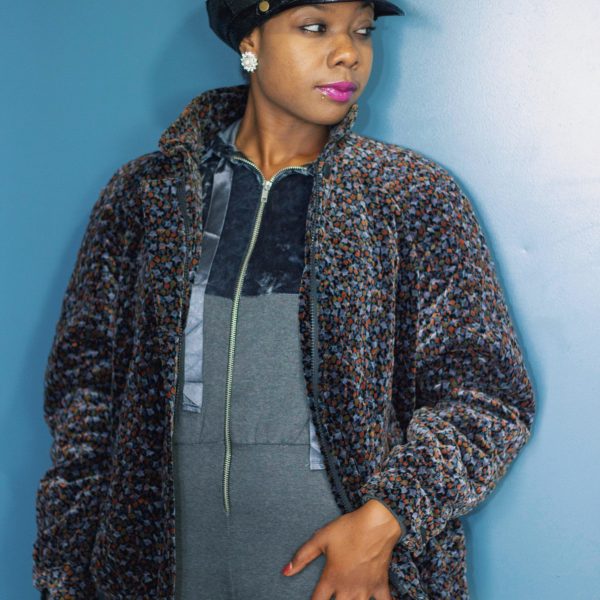 Thrift Stylin’ for Less and Less!