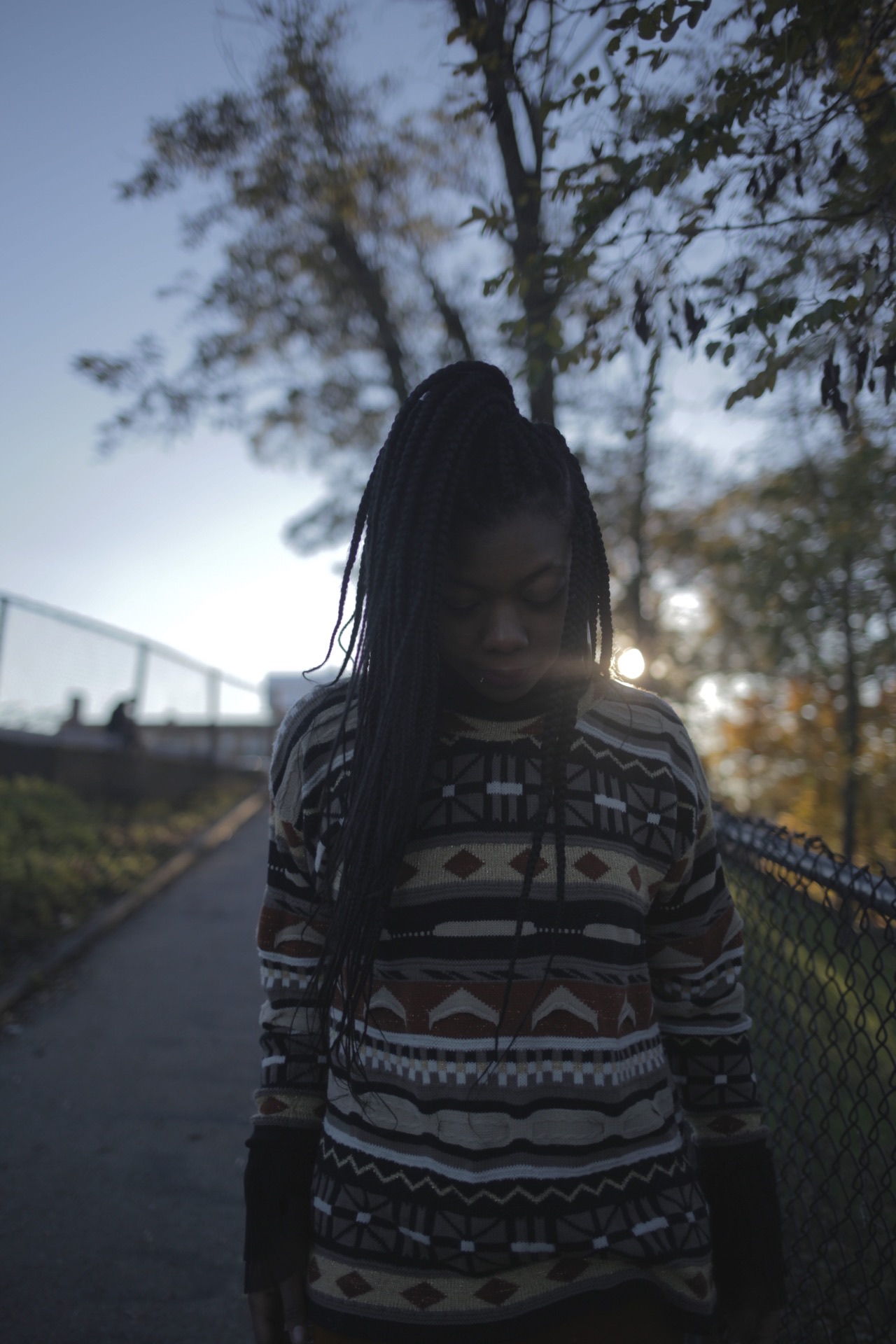 Last year, I sat in the back hallway of my apartment building.

On the 4th anniversary of my grandmothers death. Sitting with a blunt in one hand, as tears streamed heavily down my cheeks.

I missed my best friend.

I was 25 years old. And although I had accomplished many things by that age. I still believed that I was not doing what I wanted to do with my life. And I felt as though, I wasn’t going as far as my Grandmother had destined for me to go.

But in the midst of my depression ….I was trying my best.

Personally 2017 was a hard year for me. It was certainly one of those years where my Grandmother’s healing words, and motivational wisdom, were highly missed.

I mean who am I kidding … they are always missed.

My Grandmother passed away 5 years ago in my Senior year of undergrad. I will never forget how numb my body became, when I got that early morning frantic call from my mother. As she cried on the phone, and painfully shouted to me,

Coincidentally the day before. I had visited one of my Psych professors for office hours. Her and I ended up sitting in her office for hours. Just talking about everything under the sun.

And my Grandmother was one of those topics.

I shared so much with my professor that day. My love for my Grandmother. Our bond, and my pain to see her health decline and decline, all these years.

Who would have known after that conversation. The next day, she would be gone. 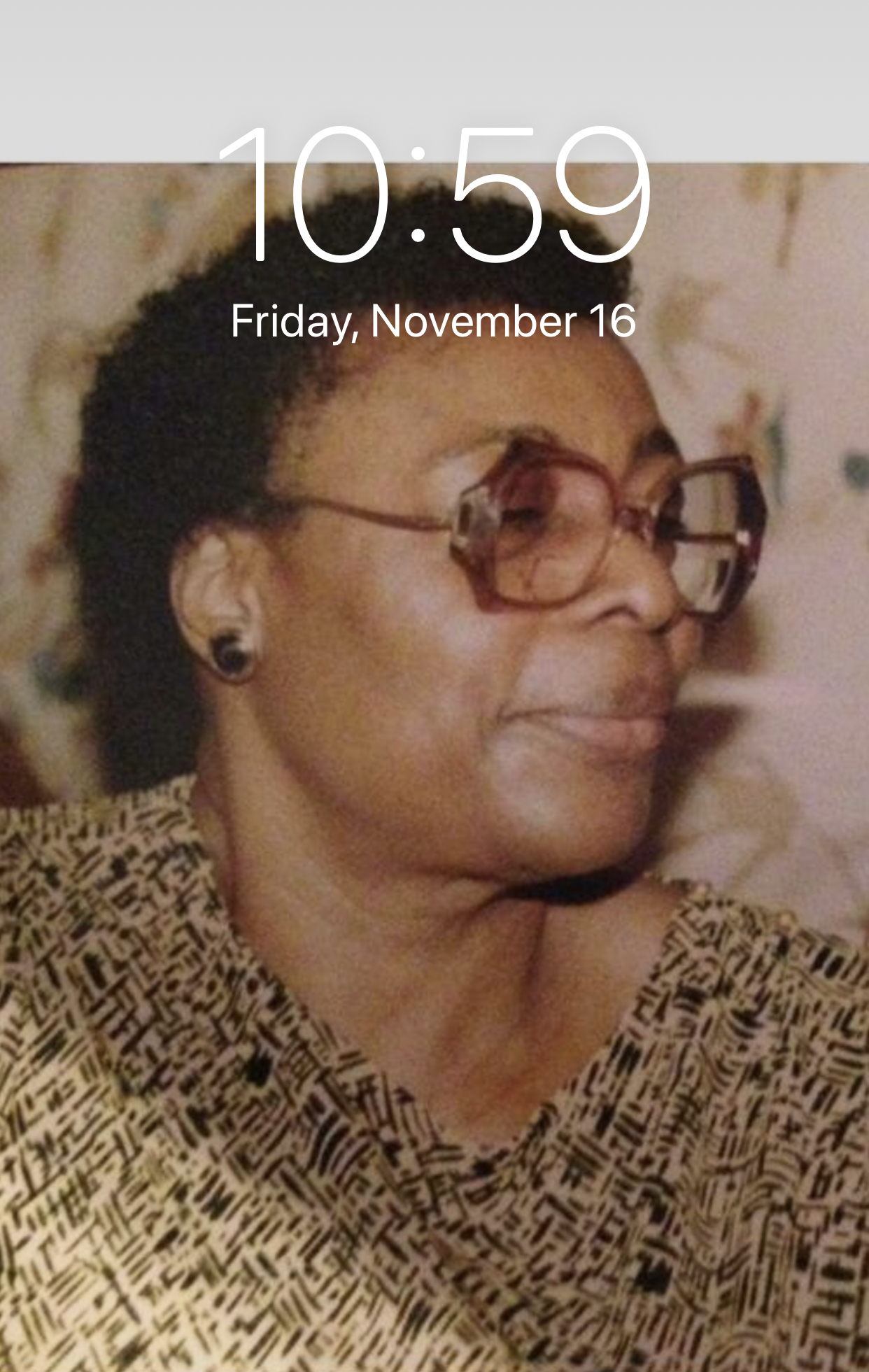 Gangee, also known as Stella Clementina Ashton, was born in the island of St. Vincent. But since an infant, she was raised in Trinidad & Tobago. Similar to me, she was an only child for her mother and father. She had three kids, and my mother was the youngest of her children.

Gangee was an original woman in every single way. She did not want to be called “Grandma”, and instead she wanted me to call her Gangee (pronounced Gung-Gee). Now, I have NO idea where the name came from lol.

But I absolutely loved it!

It truly fit, and spoke to her individualistic way of being.

Her dynamic personality, and her vibrant energy, were enough to lighten up not only the room. But your ENTIRE mood. She was strong and mighty.

But gentle and compassionate.

As a kid, I witnessed her have many visitors to her home. People loved to see her. But what I really realized is that people loved to talk to her.

Gangee had a way of giving you advice, where it made you feel like there was nothing you couldn’t do. Her words were the fuel; many people needed to motivate them to keep pushing on in this crazy world. She was a huge believer in personal growth.

She always believed that with strength and perseverance, that there was nothing that a person could not do.

She was extremely creative! And she wanted me to learn all the arts. But at the same time. Her competitive Aries energy, also wanted me to be the best that I could be.

There are so many things I can say about Gangee, and so many lessons I can share with you all.

Today I wanted to share with my readers 4 valuable lessons that I learned from my Grandmother, that have helped me out tremendously in my lifetime.

I want to share this with others, in hopes that someone can take away something from these lessons, as well.

Lesson 1: “Nothing I tell you is going to compare to what you have to go through in the real world”

“I’m telling you these things because I love you”

Growing up, my Grandmother was a very brutally honest woman. Yes she was super kind. And super loving. But she was also BRUTALLY honest. I mean Gangee would say somethings that would have you thinking,

But you were only shocked because you intuitively knew that the average person, wouldn’t have the guts to be that transparent. And that comfortable with it.

I remember, when I was a kid. I used to cry when she would criticize me. Or get extremely sad. And one time, she told me that line above. And I remembered it ever since.

Because it’s the truth.

In life, we’ve all had moments where we can be sensitive to the words coming from people close to us. Especially because those are people that know us the best. But think about it, nothing that anyone says to you, whether they are close to you or not. No matter who they are.

Their words, will never EVER compare to what you are going through. Or what you will have to go through in this world.

But either way, despite how the person meant it. Their words don’t define you. Or define your human experience.

No one’s words will ever equate, to what you will have to endure throughout your lifetime.

Or where you are destined to go.

Lesson 2:  Whoever you are, Who cares. Just Be genuinely you.

Gangee was the true definition of someone that was unapologetically themselves. She was an expressive woman, who truly marched to the beat of her own drum. She had a confidence that was so firm and sturdy. But not once did it ever cross over to the line of arrogance. She was SO fun to be around. She made every holiday season better! But what made her really fun to be around, was not only her dynamic and expressive personality.

But her ability to be genuine.

And honestly I miss a lot of things about Gangee. My words or feelings will never be able to fit into one blog post.

But that is one of those things, that I miss about her the most. Her ability to be SO genuine. So individualistic, and so much of herself. Its so rare nowadays. And it’s been 5 years, and I have not met anyone as comfortable in their own skin, as she was.

Is starting to sound fake.

After my grandmother’s death. I desperately tried to search for authenticity in others. The ability to be genuine, and to be real with me. But the more I searched for that in others. The more I realized,

I can only search for that in myself.

But the keyword is … I’m trying.

Because I know, as genuine as I can be. I’m not being completely true to myself .

I think the true definition of “living your best life”, is when you are able to be free and comfortable in your own skin.

And in your own being.

Lesson 3: “Remember You and I are close. We don’t keep secrets from one another”

This was a line my Grandmother would often say to me. And with time, I realized she was trying to teach me not only how to be a good friend. But about the concept of loyalty. And making connections with others.

Gangee was one of the most loyal people I ever met. She wasn’t only loyal with her family. But she was very loyal with friends. If she had a relationship with you. It wasn’t superficial. It was real. It was raw.

And it was a beautiful connection.

She wanted to understand you.

One of her best friends was a blind man, by the name of Robbie.

Robbie loved my Grandmother. And man, did she love him back! They had a great friendship. I remember as a kid, she would always invite him over for dinner. And they would sit and talk for hours, and HOURS, after dinner.

But as a kid I would always think to myself,

Close is an understatement. They were best friends. But it was her loyalty to the friendship. And her commitment to genuinely connect, and get to know Robbie. That made their friendship last literally until the end of time.

And for that reason I take friendship really seriously. And loyalty very seriously. Whether I’m giving it. Or I’m receiving it.

I know friendship, and genuinely connecting with others. Is a concept that isn’t that valued, in the millennial generation, as it has been in past generations. But it’s extremely important to me.

My friend Cherita always say to me’

”Friends are the family you choose”

In life, I think we can all benefit from having people in our lives that really want to get to know you for you. Nothing else, no other motives. Just that. There is something so beautiful about those type of connections.

And in this wicked world. And in this crazy America that many of us are living in. We are in need of those type of connections, more than ever.

4. Love Yourself. But don’t forget to take care of yourself!

Im not sure if it’s because she was an Aries woman. But my grandmother had a confidence about herself, that was unlike any other. She was just SO sure of herself. From her stance. To the way she walked. To the way she dressed. Her whole being was like a firm mountain.

Absolutely nothing could bring her down.

She always took care of herself. But as I stated before, she wasn’t arrogant at all. Instead she was beyond down to earth. And that was something, she wanted to certainly influence upon me.

She always told me how I had to love my hair. My skin. How it was so important for me to take care of myself. To brush my teeth if they were looking yellow lol. Or to take a shower if I’m not smelling nice lol.

To ultimately, have respect for myself.

From an early age. She wanted me to learn why it’s important to take care of my mind. My body.

”You come home AGAIN with another mark on your skin Keyana!!”

“You can’t be marking up your skin like that Keyana! You must take care of your skin!”

Thats the type of Black household I grew up in. Where my Black skin was viewed SO highly. Where my Black hair was viewed like a crown, that could absolutely never be damaged. The thought of a perm ever touching my black hair. Was enough to send my Grandmother packing and back on a plane to Trinidad!

But I’m happy I grew up that way. Because I grew up with a different type of confidence.

And a different type of Dignity.

And this type of dignity has been my shield in many situations.

But it has also been my weapon.

No matter what lows I may face in life. My grandmother’s words of loving yourself. And taking care of yourself.

Always empower my mind. And pushed me forward.

Honestly reader, I can go on and on and on. I really feel like I didn’t even get to the meat of what I’m trying to say here. But I will probably always feel that way.

To my grandmother. I thank you for being one of the best things that has ever happened to me. Life has been extremely hard with out you. But I have grown tremendously in these past 5 years. Due to your everlasting love, wisdom and support.

Thanks for influencing me. If there was no you. I wouldn’t be who I’m today. 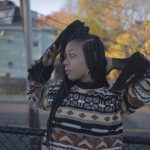 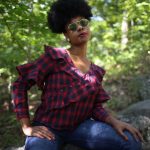 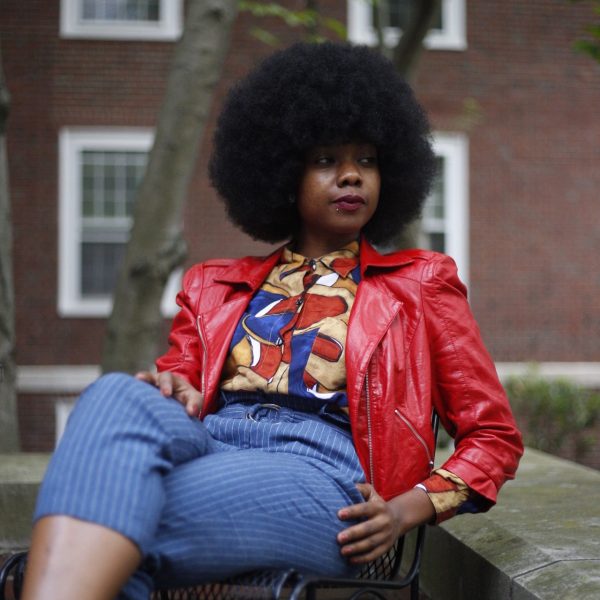 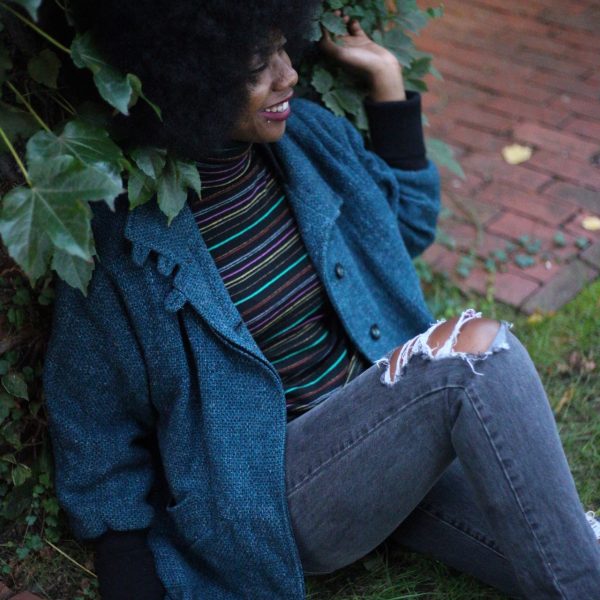 Have you thrifted this season? Start this weekend!